At the End of a Long Week, A Bit of Encouragement For Brave Souls

I still remember twisting the phone cord around my index finger, while I waited on hold. When the federal official picked up the other end of the line, I’d ask him some really, really hard questions — the answers of which had big implications.

The official had been avoiding my calls for days, but the public-affairs office had finally arranged for this call.

I felt terrified. But I also felt brave. I was brave.

When you’re a news reporter, you’re daily encountering these crazy, you-can’t-make-this-stuff-up scenarios that make your heart beat faster, your palms sweat and your prayers sound like flat-out begging God to keep you safe or sane — or both. I followed my reporter-brand of brave into some scary places, some dark alleys, some big courtrooms, and some intimidating offices.

Sure, I felt brave.

But I didn’t yet know a few important truths about the breadth of our bravery — about what we were really made for. I hadn’t fully grasped what brave is. And what it isn’t.

Brave isn’t always about adrenaline rushes, or power trips, or life-defying leaps into the unknown. 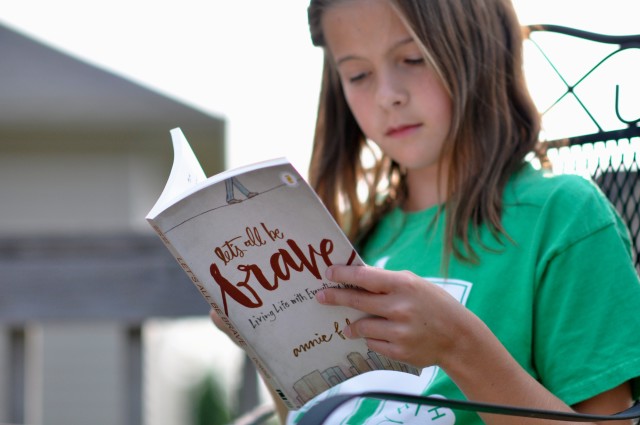 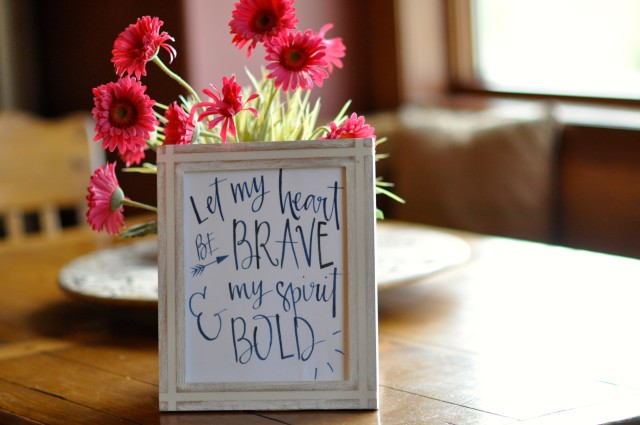 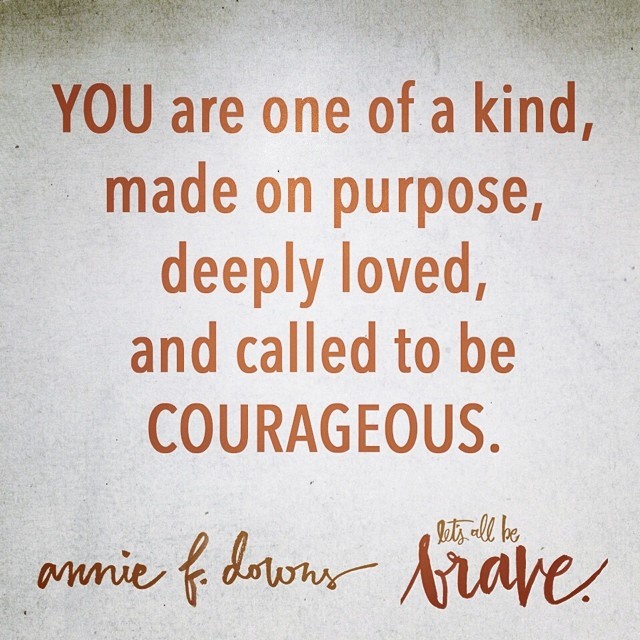 It’s about finding that shred of courage, somewhere under your ribs in what author Annie Downs calls your “knower.”

Sure, news reporters have their own kind of brave.

But so do mamas, and widows, and speech-writers, and pastors, and truck drivers, and veterinarians. Brave is standing at the door of the broken-hearted widow. Brave is sending the card. Brave is praying for your enemies. Brave is washing feet. Brave is going to the doctor, even though you’re scared of the diagnosis.

Brave is about sending the resume, answering the phone call, making the move, giving birth to an eight-pound child. And then? Deciding to do it all over again.

Sometimes?  Brave is simply this: getting out of bed in the morning.

And you? Are a brave, brave soul.

Let’s all be brave.

Let’s live life with everything we have.

And let’s quit telling ourselves where we lack. 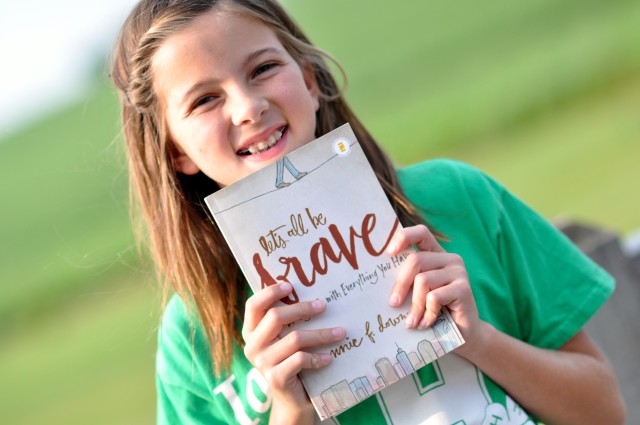 Bravery is about responding to your Maker with God-fidence when He whispers into your “knower.” Bravery gives God your best yeses– even if it means you’re showing up with a quaking soul and shaking knees. Because  there’s this God-planted certainty embedded deep in your noggin, if you listen hard to your trusty knower —

Being brave isn’t about the absence of fear. It’s stepping forward in spite of it.

You don’t have to jump out of an airplane, or move to Haiti. But you might.

Brave is simply doing the next right thing, and the thing after that.

Brave is knowing you might fail, but doing it anyway. And when you do fail — because we all do — brave is dusting yourself off and trying again.

You don’t have to show up in a court room or a press conference to be brave. Just show up for you own life.

And watch what happens next —

Your bravery will change the world. And it might just change you. 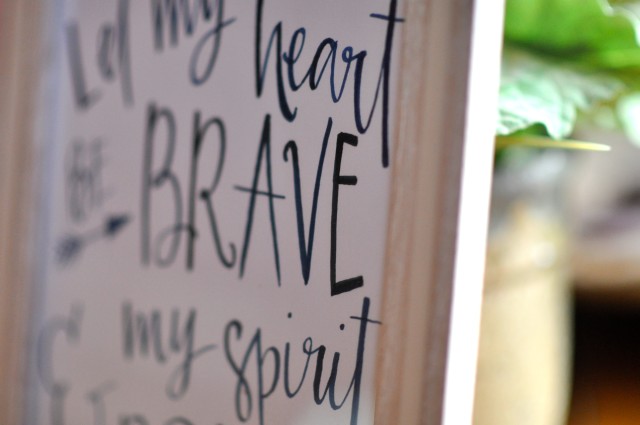 Let’s All Be Brave

We all need to feel brave. And Annie Downs knew it for sure when she listened to her knower. We are the beneficiaries. Check out her book here: Let’s All Be Brave 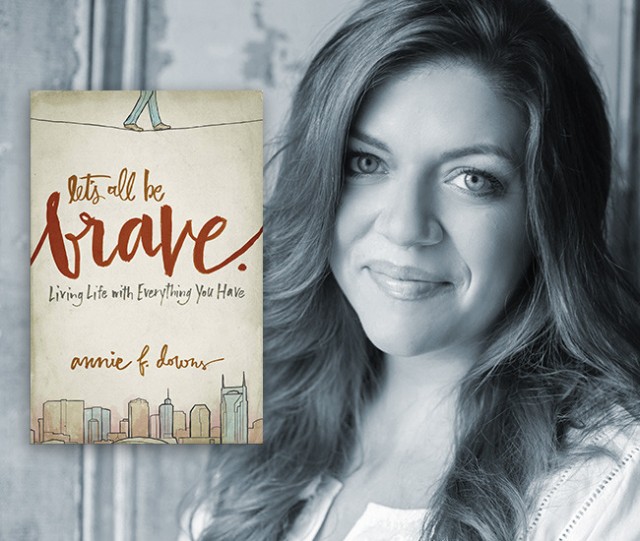 That beautiful print on my table? Made by the lovely Aliza Latta. Find details about her line of prints here.