A Farmer in Northwest Iowa (A guest post by Glynn Young) 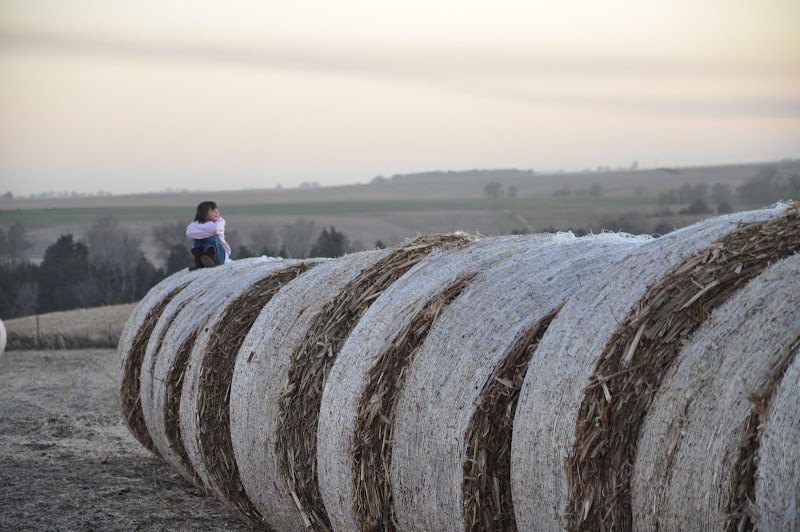 He wrote the other day about roads. And I remember how — a year ago — our own roads crossed.

This Iowa country lane — all dirt and gravel — crisscrossed his paved St. Louis freeway. We intersected somewhere out on the Information Superhighway.

That was a year ago. That was when I came to know Glynn Young , a corporate communicator in St. Louis, as a friend to the mud-caked farmers of America.

These days, Glynn and I work on the same stretch of Web-Highway. We’re both contributing editors at The High Calling. His place on the Information Superhighway — a blog called Faith, Fiction, Friends — is like a poetic rest-stop for the weary traveler.

On Thanksgiving Day, he wrote a piece about roads. In words, he traveled down the road to our farm, and then up north to the Ann Voskamp farm. (Ann is another contributing editor at The High Calling. You can find her writing exquisitely about faith and family at her blog, A Holy Experience.)

This weekend, Glynn allowed me to repost a piece that he wrote a year ago over at his place. It was entitled “A Farmer in Northwest Iowa.”

Thank you, Glynn, for honoring the work of farmers. 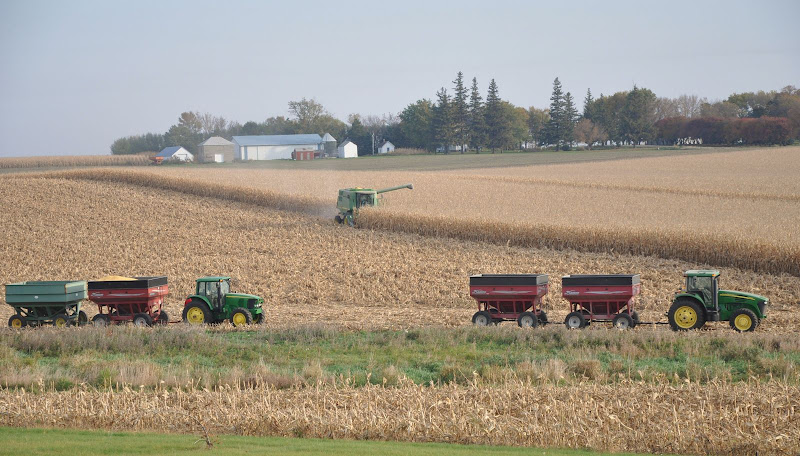 “A Farmer in Northwest Iowa”
By Glynn Young

He’s one of three million Americans.

This particular one lives and works in northwest Iowa. He does what his father did before him – he farms the land, to grow food, provide for the family, and be a vital part of the community where he grew up. Farming is what he knows and what he believes in.

He fights the weather, as much as anyone can fight it. He certainly talks about it a lot, because the weather matters. A lot. A wet spring means he’s planting late. Not enough rain in the summer threatens his crop. A wet fall means he’s harvesting late, and he hopes it’s not too late because the rain could turn to snow. If it’s been as wet a fall as this year has seen, when most Americans are sitting down with family and friends for Thanksgiving, there’s a good chance he’s going to be in that combine, trying to finish the harvest. And giving thanks he has some dry days to do it.

So people like the rest of us can eat.

Some harvest nights, he’s got the headlights on the combine, and he’s out there, working. No one except his wife knows, because he can’t quite slip into bed quietly enough not to wake her at 3 a.m. to get a couple of hours of desperately needed sleep. She hears him; she knows what he does for their family. She doesn’t say anything; she puts her hand on his shoulder so he’ll know. And he does.

He doesn’t talk about it, either. He just does it.

He’s heard what some say. You don’t take care of the land. You’re industrial agriculture. Flyover country. All the demeaning and patronizing words that come when people learn farming from whomever the latest college guru happens to be.

He shrugs. He has work to do.

He’s a businessman because he has to be. He has to track commodity prices. Seed and fuel prices. Fertilizer. Utilities. Loan rates, assuming credit’s available. Land values. And he’s learned how to use technology. GPS. The net. Mobile computing. Because some things he has to find out like now, while he’s on the tractor or in the combine or he’s stopped at the feed supply and he hears something he has to check on.

He’s smart, because farming takes brains, and an intellect, and common sense, and experience, and ongoing education from the state university and the extension agent and the seed dealer and anyone else who has knowledge to impart. He listens and ponders. That’s on top of his degree in agriculture or business or marketing. And, yes, he reads the farm publications but that’s the Wall Street Journal and Business Week that he’s reading at breakfast. And he’s reading them online.

He worries, too, about a lot of things. If the children will farm after him. If commodity prices will stay high enough to turn a profit. About the cost of his inputs. About whether he should make an offer on that land that became available across the road. And the weather.

He’s a man of faith. He has to have faith to be in farming. Faith in God. Faith in something besides himself. Because he knows it takes more than himself to be successful. Like when his father-in-law spends a week with him to help with the harvest. When his brothers share equipment. And when he does the same thing for them.

So this Thanksgiving, give thanks for him. And the three million men and women just like him.