A Christian Response to The Colorado Shootings

Before he leaves the yard in the old blue Ford pickup this morning, my husband comes in the bedroom to wake me with news:

I feel my heart drop into my gut. My ears burn, throat tightens. The whole world screeches with the agony of sin, and the hiss of a very dark enemy. I pull the covers over my head.

And then, my selfish mortal response: I imagine my own loved ones having been in the theater when the gunman opened fire. I grieve false, incredulous scenarios that suddenly seem plausible because it. really. happened.

I think about the six-year-old who was injured. I imagine that one innocent child, with a bag of buttered popcorn and feet dangling over the edge of the upholstered seat, waiting to see a superhero appear on the screen. Then, real mayhem explodes in a dark theatre … And what caped superhero will wing his way in to make this stop?

How in the world does this happen?

I want to crawl into a corner, lock windows and doors.

What do we say when others look at us, with pointing fingers and howling cries, as if to say: “See, your God cannot be trusted?”

Curled under covers, I think about what I read after September 11, 2001. A pastor said that Christians often experience such tragedies on a more distressing level, because they know that they have believed and trusted in a loving God … a merciful, faithful Father. Some Christians might ask: “Where was He then? Where was my loving God?”

I have cried this one very common question today — WHY, God?  When the rancid stench of sin pollutes the world, why?

But who else am I than this: a hope-filled child of the King, a beggar at the foot of a cross? A person who found the Light in her own dark night?

I have groped in the darkness before. In my own darkness, I have clawed through the pitch to search for something–anything–by which I could see. I know this: People have no light of their own.

The only light known to those who are groping through the dark night is this: The Light of the World.

So, we do not stay curled under covers, or cowered in corners. We grab our candles, and we run to the world, whispering hope over the broken with a single flame passed: “Here, you will be able to see by this.”

And on and on the flame goes, one candle at a time, bringing hope to a broken world in need of a Superhero.

The world is looking to people of Light for some kind of answer. They may not believe in our King, but they are looking to see how we respond.

They are not looking for platitudes or pat answers like this: “It was God’s will.”

They are looking for a Light, by which to see.

They are looking for people who understand their grief, but people who do not grieve as the world grieves. They need hope. We have that.

We know the secret, the most sublime secret known to humankind.

My farmer-husband wore a T-shirt with those screenprinted words last night, as we fed the calves. The words on the shirt were these: “We are guides into God’s most sublime secrets …”

We don’t know why this happened. We just don’t. … But we know this God who is putting all things to rights, bringing order to the chaos of this world’s fissured places. He is not only the Creator, but the Redeemer — redeeming all things unto Himself.  We can’t keep that secret.

We carry a light, to guide us into God’s sublime secrets.

“Don’t imagine us leaders to be something we aren’t. We are servants of Christ, not his masters. We are guides into God’s most sublime secrets, not security guards posted to protect them.” 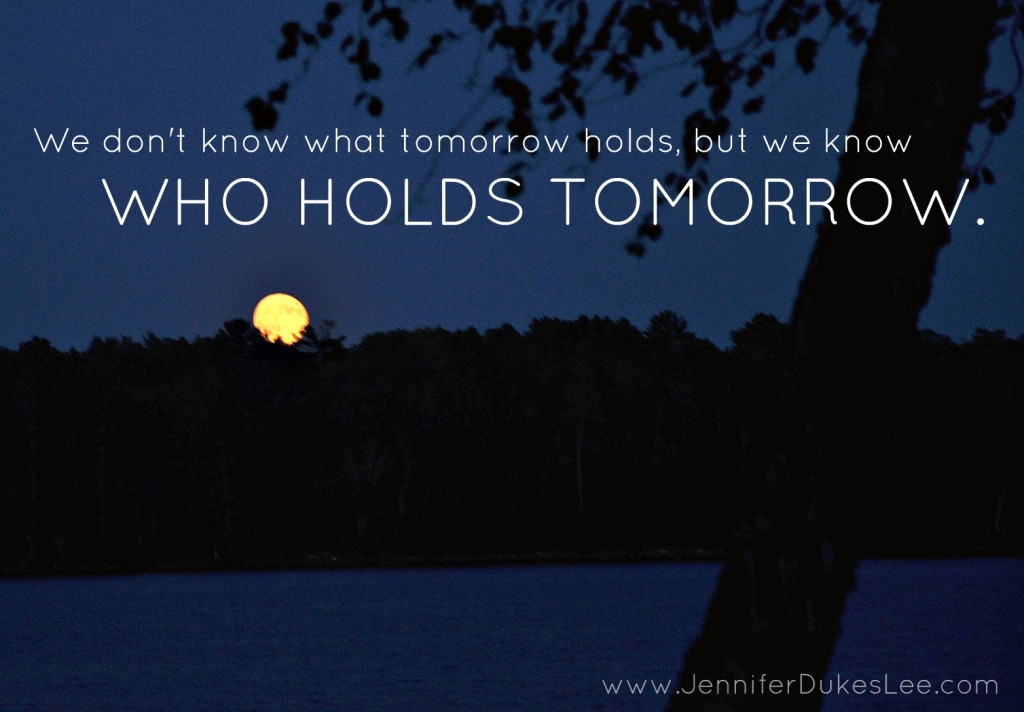 I am so pained by what has happened in Colorado, and I know you are, too. Together, we pray for God’s mercy. Would you be willing to add your thoughts below in the comment box, or a simple prayer … adding flames of light to the dark, dark night?